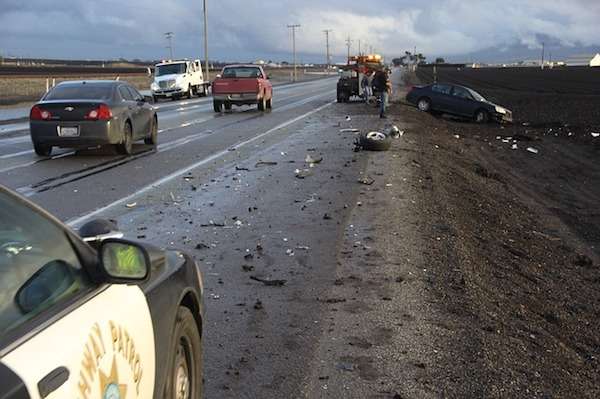 Being involved in a car accident is a scary, stressful event. One minute, you’re driving, and the next minute, your car is damaged, and you may be injured.

It helps to know what to do in the aftermath—including what to do at the scene of the accident and when you should get an attorney’s help.

What to Do after a Car Accident

Immediately after an accident occurs, the police and the paramedics (if anyone is injured) should be called. A police report will be important later on because it will include information about the accident and will typically cite who was at fault.

If the accident was more serious than a very minor fender-bender, get yourself looked at by a doctor. It’s best to go to the hospital right away. This is important even if you feel like nothing is wrong with you: the rush of adrenaline from an accident could be obscuring any pain or injuries. Some non-obvious injuries, such as injuries to your spine or internal bleeding, may not be felt right away—but they will show up in an examination or on an X-ray.

If you are able, you should also collect the following information at the scene:

Basically, you want to collect as much evidence as possible. This evidence will be used by insurance companies when handling your claim.

When to Call an Attorney

After you have gone to the hospital, determined the extent of any injuries you may have, and are well enough to go home, the first thing you should do is contact a personal injury attorney.

When you have been injured in a car accident with another driver, you won’t be dealing with the driver him- or herself. Instead, you will be dealing with an insurance company. Insurance companies are not on your side: they are in the business to make money, and paying out lots of money to injured claimants does not make them money. Even if the other driver was completely at fault for your accident, his or her insurance will still make it difficult for you to get the compensation you need and deserve. The insurance company may argue that you were partially at fault so that they can pay you less. They may also argue that they do not have enough information to process your claim. They may try to drag the process out, hoping that you will get tired of waiting and settle for whatever amount of money they offer you.

An experienced personal injury attorney can help ensure that you get fair compensation for the damage and injuries you’ve suffered.

Your attorney will gather all of the documentation and evidence required by the insurance company, including evidence of damage to your vehicle (and any other property damaged in the accident), medical expenses, and other out-of-pocket expenses caused by the accident. This part of the claims process is vital, as any expenses that aren’t documented and sent to the insurance company won’t be covered!

In addition to gathering evidence, your attorney will be your advocate in settlement negotiations with the insurance company. He or she will have the knowledge and experience necessary to represent you effectively and won’t be intimidated by insurance company lawyers. Having an attorney to advise you during settlement negotiations is particularly important when you are injured. The insurance company will not want to pay for your medical expenses for years to come, and so they may offer you a settlement to cover only your existing medical expenses. Taking this settlement could be a mistake: even if you find that you have more medical issues down the road, it’s too late to ask for more money after you’ve already settled.

With an attorney’s help, you can get the best possible outcome in your case without having to do the stressful and difficult legwork. You can focus on your recovery.

At Casper & Casper, we have years of experience helping people just like you get the maximum possible settlement in their car accident cases. We’re here to answer your questions and let you know your options. If you choose our firm to represent you, we’ll advocate fiercely on your behalf.

Contact us today to schedule a free consultation with a personal injury lawyer. Our firm has four convenient office locations in the area, in Cincinnati, Dayton, Middletown, and Hamilton.

Share
Can I Sue My Employer for a Work Injury?Prev
Legal Drug Use Can Lead to a DUINext

Can I Lose My Social Security Disability Benefits?

How can you lose your Social Security Disability benefits? What pitfalls should you avoid? Keep reading to find out how to keep the benefits you need.

Can I Lose My Social Security Disability Benefits?

Can you sue a city for causing your injuries? That’s a question with a complicated answer. This post will give you a helpful overview.

If you are working remotely, whether temporarily or permanently, you might have wondered how workers’ compensation works. You might know already that...