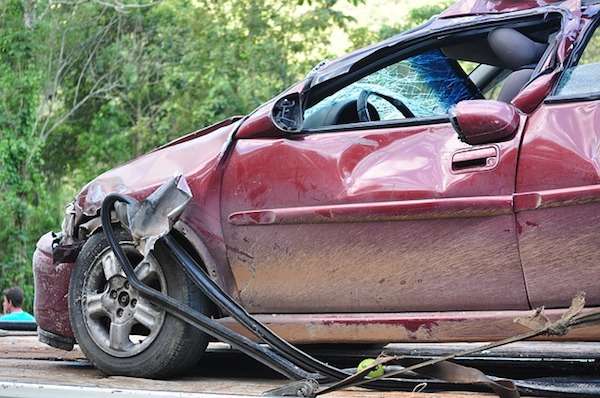 Nationwide Driving Deaths on the Rise after Years of Decline

In 1972, driving deaths in the U.S. reached an all-time high of 54,589. Recognizing this as a public health crisis, the U.S. government—along with newly created non-profit organizations—worked to reduce the death toll. Campaigns advocated for the installation and use of seat belts and air bags, warned drivers of the dangers of drinking and driving, and pushed states to improve their road infrastructure. As a result, traffic deaths fell around 40 percent by 2010, to 32,999.

The number of driving-related deaths and injuries has been trending downward for more than 30 years… until now.

The National Safety Council (a non-profit that works with federal auto safety regulators) reported recently that, in 2016, the U.S. saw the largest year-to-year increase in traffic deaths in more than 50 years. From 2015 to 2016, traffic deaths rose 8 percent. In a two-year span (from 2014 to 2016), deaths rose 14 percent.

Why the sudden, sharp increase after so many years of decline? Experts can point to a few things: the economy, lax enforcement, and cell phones.

The U.S. economy has been improving and the unemployment rate has dropped. When people are employed, they drive more—to go to work and to do fun activities they can now afford. It makes sense that the more a person drives, the greater the risk that he or she is involved in an accident. Still, this doesn’t fully explain the increase; the number of driving deaths taking into account the number of miles driven has also increased.

Under-funded police departments across the country have been forced to reduce the number of troopers on patrol. With fewer police cars on the road, many drivers are emboldened to speed and drive recklessly, knowing that the likelihood of getting caught is low.

Perhaps most troublingly of all, American drivers have become complacent about their safety on the road. Today’s cars are much safer than earlier models: they have seat belts, of course, as well as air bags throughout the car, rearview cameras, antilock brakes, assisted driving, and more. Americans now feel comfortable taking their eyes off the road to answer a text message, read an email, or even scroll through Facebook. According to a survey done by the AAA Foundation for Road Safety, 40 percent of drivers admitted to reading a text message while on the road, and 31 percent admitted to typing one. Despite these findings, the vast majority—70 percent—disapproved of hand-held cell phone use.

It’s pretty clear that, for some drivers (nearly a third), using a cell phone while driving is not that big a deal. Sadly, they couldn’t be more wrong.

Any activity that takes a person’s attention away from the road has the potential to cause an accident. While many people think that reading or typing a message takes no time at all, the reality is very different: the average text message typically takes a person about five seconds to read. At 55 miles per hour (not even the speed limit on many major highways), a person could travel the length of a football field in five seconds—all without a glance at the road in front of them. This kind of inattention can be deadly on the highway, when traffic can suddenly slow to a crawl, as well as on rural roads, when a deer could suddenly jump in front of a car.

In 2015, distracted driving (talking, texting, or surfing the web) was found to be the direct cause of 3,477 deaths and 391,000 injuries. That’s nearly a third of all injuries on the road.

Unfortunately, it’s not enough to simply tell drivers about the danger of distracted driving. As the AAA Foundation for Road Safety shows, many drivers who know the risks continue to use their electronic devices.

Smartphones can be rewarding in an addictive way: who hasn’t felt a jolt of excitement or an urgency to respond after hearing the ping of a new text or email? In our society, a person is expected to be reachable at all times. For drivers who have trouble disconnecting while on the road, other solutions are being explored. Some apps, for example, use GPS and movement to determine when a person is driving and prevent him or her from using a phone (except to call 911).

At Casper & Casper, we’ve seen many times over the devastation that distracted driving can cause. Our personal injury lawyers have worked with clients who were injured or whose family members were killed by a distracted driver.

We urge everyone to put down their phones while behind the wheel. If you still feel tempted to check your phone, we recommend putting the phone in your bag (or glove compartment) and turning the phone on silent or using an app that locks your phone while driving. Over time, you can kick this very dangerous habit.

If you or a loved one has been injured in a car accident with a distracted driver, contact the personal injury lawyers at Casper & Casper in Cincinnati, OH. We’ll let you know your options during a free, no-obligation consultation.