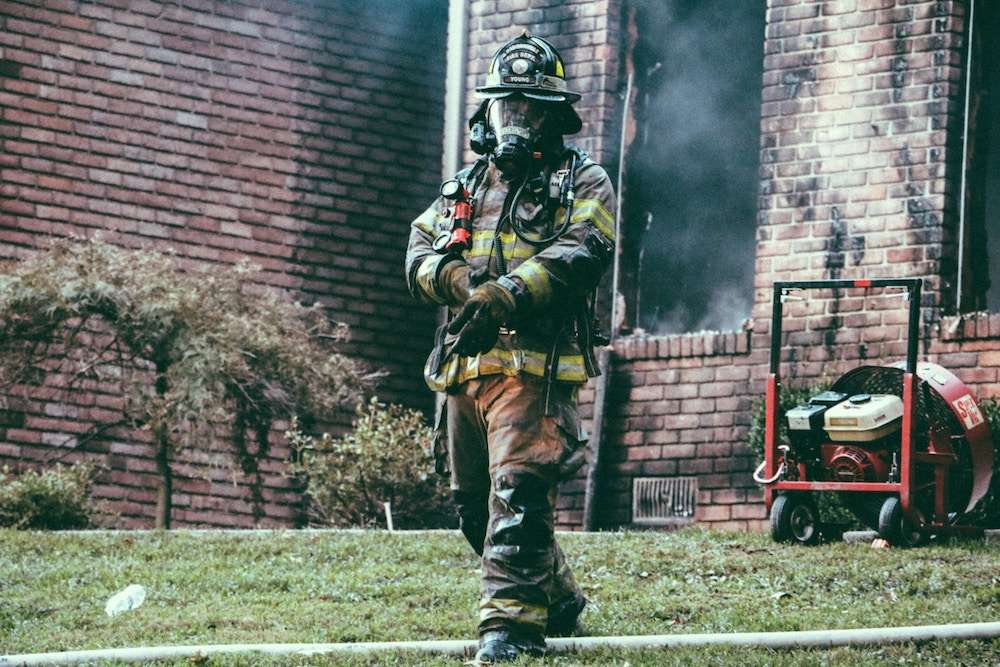 While everyone else runs away from a burning building, firefighters run toward it. Firefighters have one of the toughest jobs out there: it’s a job characterized by danger and injury, where dozens of firefighters are killed and thousands are injured each year.

It’s not just fires that firefighters have to be wary of, however.

NBC reports that, according to The International Association of Firefighters, cancer is now the leading cause of death in this profession.

Why is cancer so prevalent among firefighters?

Today’s fires often involve synthetic materials, plastics, and chemicals. When these materials burn, they release compounds that are toxic to the human body. Over time, exposure to these compounds cause a variety of different cancers, from blood cancer to brain cancer.

Firefighters are supposed to wear self-contained breathing apparatus (SBCA) and clean their personal protective equipment (PPE); however, many firefighters take their SBCA off too early or do not clean PPE well enough. Until now, firefighters have not realized the danger of being exposed to toxic soot in the air and on their clothes.

Recent efforts by The National Fire Protection Association (NFPA) urge firefighters to keep their SBCA on for longer periods of time. The NFPA is also working on studies to determine best practices for removing toxic chemicals, pathogens, and other harmful substances from PPE. In addition, firefighting departments around the country are purchasing SBCA that work for 45 minutes (instead of the usual 30 minutes) and are cracking down on firefighters that break protocol.

Unfortunately for many firefighters—who are already injured—this new information comes too late.

Like almost all employees in the United States, firefighters are entitled to compensation if they are injured on the job or develop a disease as a result of their job; however, special circumstances make the workers’ compensation system work a bit differently for firefighters

Because of new information about the prevalence of cancer among firefighters—and thanks to the tireless efforts of firefighters and their families—the Ohio legislature passed the Michael Louis Palumbo Jr. Act in 2017.

This act, whose namesake has been diagnosed with brain cancer, recognizes cancer as a workplace illness for firefighters. Under the new law, if a firefighter is diagnosed with cancer, it will be assumed that the cancer occurred as a result of the job. This makes it easier for firefighters with cancer to receive the workers’ compensation they need to support themselves and pay for their medical bills.

That being said, firefighters still face some obstacles throughout the workers’ compensation process.

The Michael Louis Palumbo Jr. Act included several conditions to the law: the firefighter had to have been assigned to “hazardous duty” for six or more years, and he or she had to have been exposed to high-level carcinogens. The assumption may not apply if the firefighter was exposed before starting the job or if he or she performed an activity (like smoking cigarettes) that exposed them to cancer-causing agents. This means that, during the workers’ compensation claims process, firefighters must still prove when and how they were exposed — not an easy task for most people.

This change is an unfortunate blow to firefighters who deserve compensation for their service. While 15 years might seem like a long time to file a claim, it’s important to remember that certain cancers are latent. This means that the cancer can take years or even decades after the initial exposure to become active and cause symptoms.

If you work as a firefighter, it’s important to keep records of your health for the years following your service. If you develop cancer as a result of job exposure, you deserve compensation—just as you would deserve compensation for physical injuries obtained on the job.

If you have been injured or have developed cancer, we’re here for you. The workers’ compensation lawyers at Casper & Casper have the experience and knowledge necessary to help you pursue a successful claim.

Call us today to schedule an appointment at one of our offices, located for your convenience in Cincinnati, Dayton, Middletown, and Hamilton.

Share
How Safe Is Your Car, Really?Prev
What Are the Penalties for Multiple DUI Offenses?Next

What do you know about slip and fall accidents and lawsuits? Most people aren’t very familiar with this area of the law (called “premises liability”)—that...

We know there are dozens of law firms in the Cincinnati area to choose from, so why choose Casper & Casper? We believe that our firm’s experience,...