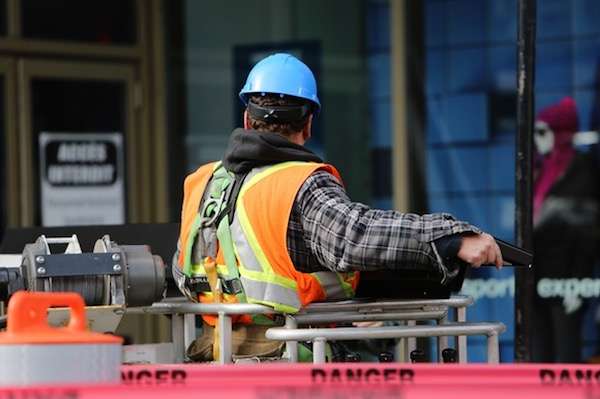 Can I Sue My Employer for a Work Injury?

In the early 1900s, in America, there were no laws in place protecting the injured worker. Workers were at the mercy of the court system to get compensation for workplace-related injuries—and they often failed. Companies typically argued that employees couldn’t be compensated if they contributed in any way to their injury or if they signed a contract (often known as a “death contract”) acknowledging the hazards of the job.

As you can imagine, the outlook for an injured worker during this time was grim.

Eventually, after a shift in public sentiment and number of successful court cases for the workers, businesses came around to the necessity of workplace insurance. In 1911, Wisconsin passed the first workers’ compensation law, and the rest of the states in the U.S. followed.

Today, workers’ compensation laws protect an employee by allowing him or her to collect money for a workplace injury. What you might not know is that these laws also protect the employer from lawsuits filed by their employees. A worker is typically not allowed to sue his or her employer after a workplace injury.

If you’ve been injured at work, you might have been told that the only available avenue is to file a claim through workers’ compensation. However, there are a few exceptions, explained below.

If your injury was caused by a defective product that you were using while at work, you may be able to sue the manufacturer of the product for causing your injuries. For example, if you were using a defective chainsaw while performing landscaping duties and sustained injuries, you could file a civil suit against the manufacturer of the chainsaw in addition to your workers’ compensation claim.

Many jobs involve handling toxic substances, like asbestos, benzene, and certain types of chromium. These toxic substances can cause acute (appearing immediately) or latent (appearing later) injuries or illnesses. An example of an acute injury would be a chemical burn, while an example of a latent illness would be mesothelioma (a disease of the lungs caused by asbestos exposure). If your injury is caused by a toxic substance, you may be able to file a lawsuit against the manufacturer of the substance and/or against the manufacturer of the safety equipment that failed to protect you.

If you were injured as a result of your employer’s intentional conduct, you maintain the right to sue your employer directly. Workers’ compensation law does not protect an employer from a lawsuit if he or she purposefully set out to injure an employee. This kind of case is very difficult to prove, because the employee has to provide evidence of the employer’s intent. A clear-cut example of intentional harm would be an employer physically attacking an employee while in the workplace.

Workers’ compensation does not allow an injured employee to collect punitive damages. These damages are designed to punish an employer for egregiously poor conduct and make sure that the company never behaves badly again. If your employer has acted in such a way, you may want justice for yourself and your fellow colleagues.

When you’ve been injured or fallen ill on the job, the last thing you want is to worry about how you’re going to pay for it all. At Casper & Casper Law, we recommend exploring all legal avenues available to you. Our firm’s experienced workers’ compensation lawyers are here to answer all of your questions and help you understand the best option for your situation.

Share
What Does Workers’ Compensation Cover, Exactly?Prev
Why You Should Get an Attorney If You’re Injured in a Car AccidentNext

The Social Security Administration (SSA) takes disability fraud seriously. They want to prevent people from scamming the system, so they can and do...

Have you ever wondered why there’s a tag on every hair dryer, warning you not to use it in the bath? Doesn’t everyone know not to do that? In fact,...

The legal limit for driving after drinking alcohol is well known. Most people know how much alcohol they can drink before they’re at risk of drunk driving...