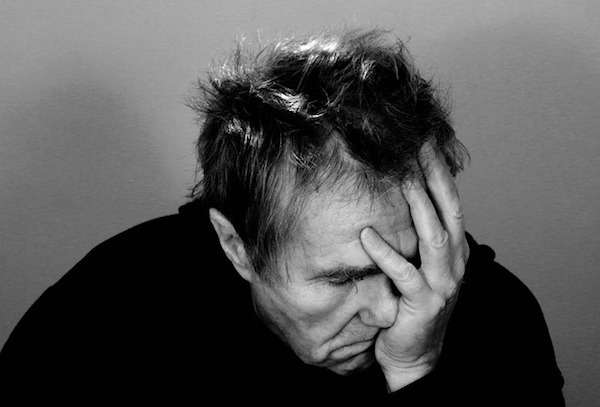 It has been well established that working day in and day out can result in physical injuries—whether from an unexpected accident or the repetitive motions of the job.

Sometimes, however, it’s not the body that is injured but the mind.

Psychological conditions are very real and very damaging to the people who suffer from them. As such, they deserve to be taken seriously.

Unfortunately, psychological conditions are not covered on their own by Ohio workers’ compensation.

In fact, a 2013 Ohio Supreme Court ruling found that an employee’s psychological or mental-health claims only have to be covered by workers’ compensation if that mental-health “injury” is directly related to a physical injury. In this case, a truck driver attempted to collect workers’ compensation for the physical and mental harm he sustained in a highway accident. The accident involved the death of the other driver, who drove into the back of the claimant’s dump truck. As a result of the fatal accident, the truck driver alleged that he developed a stress disorder. Although the court allowed the driver to collect compensation for his physical injuries, it denied his claim that the accident and his stress disorder were linked.

The court likely ruled this way because it is more difficult for claimants to legally prove cause and effect for psychological conditions than for physical injuries. A physical injury from an accident at work is very definitive. There is an exact time and place that the accident occurred. The individual can file a report at his or her workplace and will have medical records supporting the claim. He or she may even have witnesses to the accident. Other physical injuries, like repetitive stress injuries, are somewhat more difficult to prove, but still easier than a psychological condition. A typist who develops wrist problems can prove, with testimony from a doctor and other evidence, that the repetitive typing motions of his or her job caused excessive strain on the wrist joint.

With many psychological conditions, however, the sufferer cannot specify a moment in which the condition was “caused.” Many people don’t even recognize the symptoms of depression, anxiety, or other disorders until the condition is quite severe. Still others may deny that they need help because they do not want to appear weak or “crazy” or because they fear the social stigma surrounding mental health issues. The ambiguity of psychological conditions allows insurance company attorneys to argue that an employee’s condition could have been caused by marital or family troubles and not a workplace injury—thereby letting the employer off the hook.

If you suffer from a psychological condition such as stress or anxiety caused by your job, you will not be able to collect compensation unless you can prove that the disorder is directly related to a workplace injury. This is where having an experienced attorney on your side can be very beneficial. An attorney will have the knowledge and experience necessary to fill out all forms completely, gather all the evidence needed to prove your claim, and represent you effectively in court. Workers’ compensation is a complicated bureaucratic system to navigate on your own, and the chances of success are higher with an attorney.

If you have not suffered a physical injury and cannot receive workers’ compensation, other avenues may be available to you.

Social Security Disability Insurance (SSDI) is available to individuals with a “medically determinable” (meaning able to be diagnosed by a doctor) physical or mental impairment. If your psychological condition prevents you from working, temporarily or permanently, you may be able to make a claim under SSDI. Whether or not you qualify for SSDI will depend on several factors, including the number of years you have worked. Applying for SSDI, like workers’ compensation, is a task that is best undertaken with a Social Security Disability lawyer’s assistance.

In other cases, filing a lawsuit may be appropriate. For example, an individual who develops anxiety due to workplace harassment would not be able to collect workers’ compensation. However, he or she may be able to file a suit against the employer for allowing a hostile work environment.

You don’t have to go through this difficult process alone. Contact the workers’ compensation attorneys at Casper & Casper Law today. We’ll be there to answer all of your questions and help you determine whether making a workers’ compensation claim is appropriate in your case. Our firm has offices in Cincinnati, Dayton, Middletown, and Hamilton, Ohio, for your convenience.

Share
Are SSI and SSDI the Same Thing?Prev
What to Do if You or Someone You Love Struggles With AlcoholNext